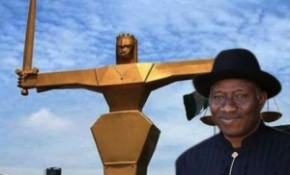 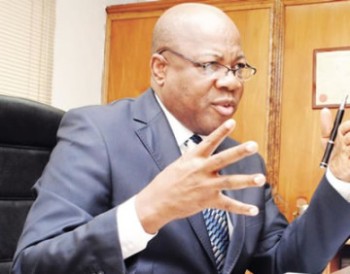 This year, Nigeria celebrated 100 years of existence as a political entity. Also this year, the President convened a National Conference to deliberate and find solution to Nigeria’s Constitutional problems. These are actually problems confronting Nigeria since it came into existence in 1914.The root of the problem is that Nigeria is a plural, diverse and divided state. We have 3 major fault lines, which are ethnicity, religion and language. In its 100 years of existence, Nigeria has never confronted the challenges posed by these 3 major fault lines, by enacting a genuine Peoples’ Constitution. Peoples’ Constitution is about an agreed framework for co-existence among our diverse ethnic nationalities. Unity is our key challenge. And Federalism is the only known political system that accommodates divisions and diversity. Even our colonial masters recognized this. Macpherson prescribed Federalism. Zik, Awo, etc. also advocated Federalism.

A balanced Federal System is not attainable under the present Constitution. Therefore, there is urgent need to remodel our Centralized Federation to a Balanced Federation, by massively devolving powers to the States and also create a balance between the Revenue Powers of the Federal and State Governments.This is the task before the National Conference. The National Assembly also has the task of creating the legal framework for the adoption of the outcome of the National Conference.

How to Devolve and Share Power between Federal Government andthe States

The powers that need to be devolved or shared between Federal and State Government are Technical and Political in nature. Technical Powers are those that seem more relevant to the States than the Federal Government in which the States will be more efficient than the Federal Government. For Example, States are better able to manage the following items than the Federal Government: agriculture, micro finance banks, solemnization of marriages, regulation of labour and industrial relations at state level including prescription of minimum wage for the state, incorporation of business enterprises with state objects, taxes on income and profits within the State other than Income and Profits of Companies, trade within states.On the other hand, Political Powers, such as police, election, judiciary, etc. may be more difficult to deal with; as it is perceived to mean exercise of political control. As a result, the concept of shared or joint power will help to resolve Political Powers.For instance, it is possible to introduce municipal policing for States, while streamlining the present Nigeria Police Force in a shared power scheme between Federal and State Governments.

How to attain Fiscal Federalism and balanced Revenue Sharing

Fiscal Federalism is crucial for the functioning of the Federal system. In fact it is one of the key features of Balanced Federalism. It is therefore very important to create a balance between the Federal and State Governments in Revenue generation, sharing and spending.

The General principle is to rebase the Revenue Power by (1) Transferring ownership of certain resources to States, (2) Re-allocating some taxation to States; and (3) Re-allocating money to States as a result of major re-allocation of power from Federal to State Governments.

Constitution making is not easy. Sometimes it threatens the comfort zones of Political Elites. Also historyshows that Constitution making/amendment in Nigeria has been regarded as an event. But it is a process. All past events of amendment of the 1999 Constitution failed. The 1st success was when the 6th National Assembly adopted the Process Approach and enacted 3 Amendments. The National Conference is advised to adopt the Process Approach in order to succeed. It is also important to accommodate all concerns in order to achieve a balanced Federal Constitution.